Skip to content
For your convenience click this message to pay your water bill, building permit, vending, and business license fee online. 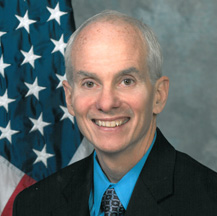 Tim Callahan joined the Village of Hodgkins staff as a village attorney in 2010. He married his best friend, (Lynn) in 1982 and they were blessed with one daughter who now resides in Plainfield. He has earned a Bachelor of Science Degree from Western Illinois University in 1981, a Master Degree from Lewis University and a law degree from John Marshall Law School. He is a retried United States Army Lieutenant Colonel and a retired Chief of Police from the Village of Bridgeview. He thoroughly enjoys working for the Village of Hodgkins and serving its residents.

The Hodgkins Library was built in 1982. It has many special activities for people of all ages. Our library has a special way of welcoming the future readers of our community. As parents come to the library with their newborns, snapshots are taken and placed in a “Babies & Books” album for viewing. This project started through accepting donations from residents. It has grown to become a necessity to the townspeople.